Thank you for your attention. Now you can explore
our brochure.

We also sent a link to direct download at your email

Introduction to S4A's Flight Planning System developed together with Qantas 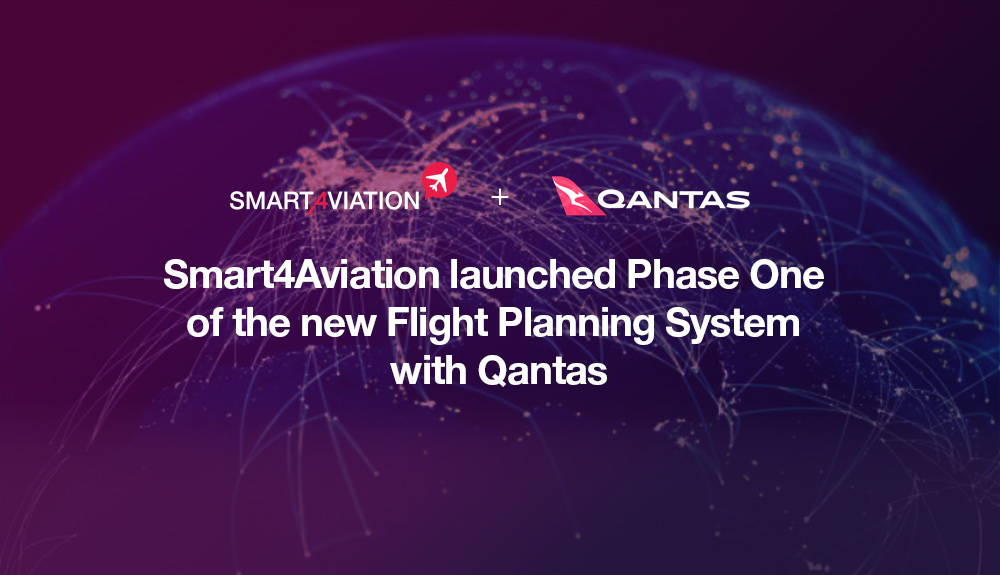 On the surface, it seemed to be just another long haul flight, but for Qantas and Smart4Aviation it was anything but routine.
This “routine” flight was the first live flight test of what is anticipated to be the most sophisticated and efficient flight planning system available in the industry.
"This is the start of something really big", stated Qantas Program Manager - Geoff Bell; as he outlined how the event is a landmark achievement for Qantas, marking the final stages of a multi-year, multi-vendor project.
“Qantas and Smart4Aviation have partnered on a ground breaking, state of the art flight planning system designed to provide strategic operational and commercial advantages that only a best of breed planning system can deliver”, explained Smart4Aviation CEO Michael Lewis. The planning efficiencies and resulting savings generated by this new system are particularly relevant against the backdrop of the current aviation environment of rising fuel and operating costs.
Underpinning the system is arguably the most advanced optimizer fielded in the aviation industry today. Using an advanced probabilistic roadmap algorithm, the optimizer was developed as a Qantas and Australian Centre for Field Robotics (ACFR) joint project.
Deployment of the system throughout the Qantas operation will be done on a fleet by fleet basis, focusing initially on wide-body aircraft. This first phase concentrates on achieving initial projected cost savings while subsequent phases will increase automation and target further operational efficiencies and savings.
Qantas expect the new flight planning system to deliver on all cost savings targets, meeting all objectives.
"To be a technology and innovation leader in flight planning is not something that is easily done", explained Smart4Aviation CEO Lewis. "However, this is exactly the goal we have undertaken with our Qantas partners."
From project inception, Qantas and Smart4Aviation agreed the goal of this next generation flight planning system was to create a single, common platform to integrate operational and business decisions to gain maximum efficiency, predictability and flexibility in flight operations, without ever compromising safety. Automation is key and central to the design strategy. 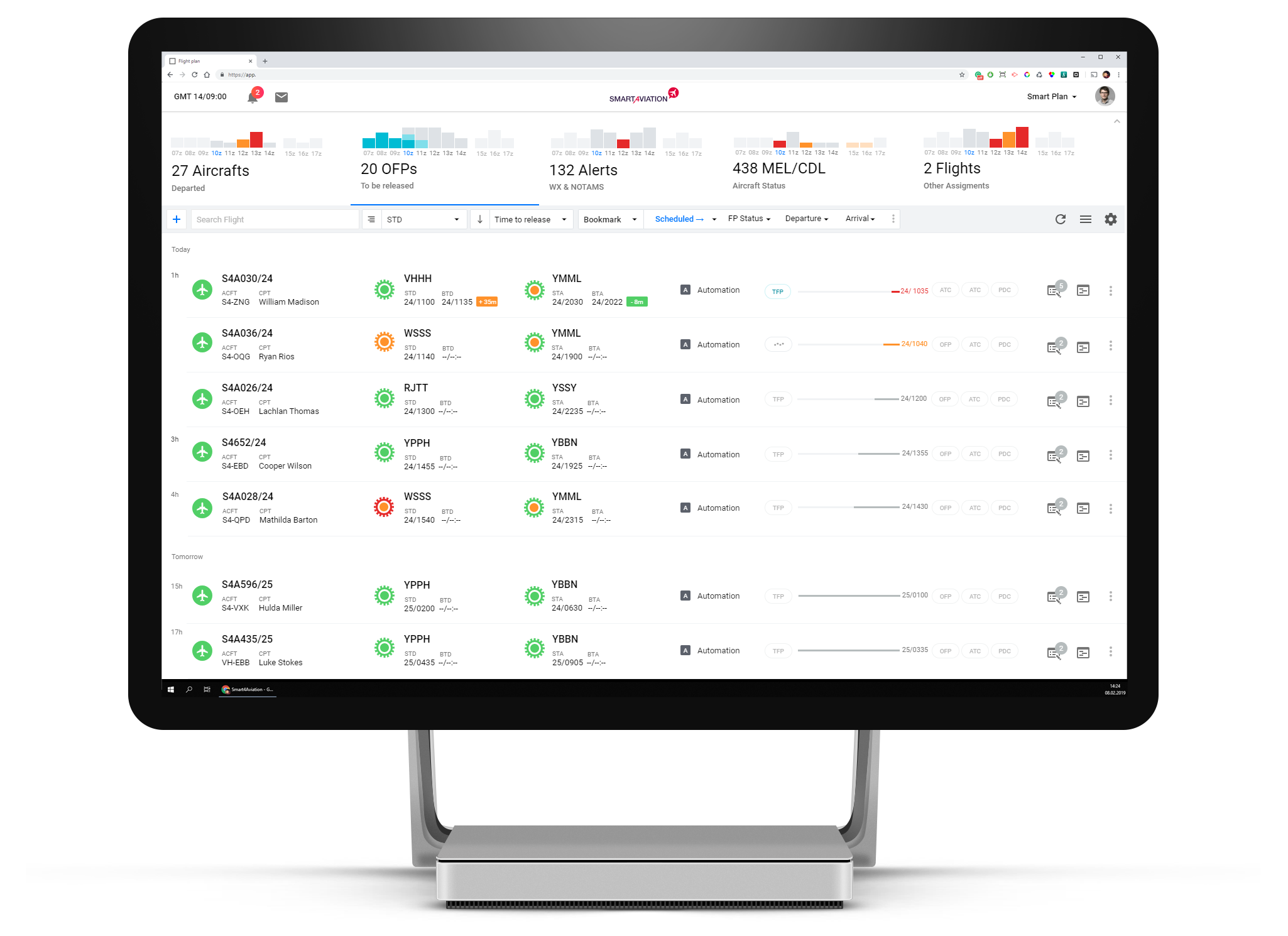 Dispatchers will simply be providing guidance to the system, and reacting to exception based alerts. This approach allows operations staff to focus on higher value tasks and for targeting increased efficiency and the ability to focus on planning the safest, legal and most cost effective way to transport the optimum amount of payload between two points. Even more importantly, the system allows for an unswerving commitment to safety and efficient flight operations
Data management and data exchange with other stakeholders in the flight planning process is also a core feature of this next generation flight planning system design. As Aeronautical Information Management (AIM) matures, carriers will need a platform to successfully collaborate with these external stakeholders in a bi-directional manner. Examples include: anticipated airport acceptance and arrival rates, parameters for ground delays as well airline cancellations, revised schedules and routes, trajectory optimizations for traffic patterns, etc.
To support this sharing of data, the system currently provides extensive AIXM and WIXM support. FIXM support will be a future implementation, together with support for such concepts as Target Arrival Time together with ATM and CDM integration.
The Probabilistic Road Map (PRM) optimizer - the “engine” of the system - itself state of the art, was developed as a Qantas and Australian Centre for Field Robotics (ACFR) joint project. The fully compliant AIXM navigational database is sourced from Frequentis.
Following additional Smart4Aviation applications round out the overall operational solution:
Smart4Aviation would be more than happy to organize a dedicated presentation for your airline about our Flight Planning Solution, other S4A’s Solutions, and our development plans for the future. Please contact us through info@smart4aviation.aero or through our contact information at www.smart4aviation.aero
Associated articles:
How 'subtle changes' to flight paths will save Qantas millions a year

If you have any questions or comments,
ask here

Read the latest news about our solutions,
subscribe here

Copyright © Smart4Aviation Technologies B.V. All rights reserved. Privacy
Made in 50°04′25.2″N 19°54′55.7″E
We use cookies to ensure that we give you the best experience on our website. Learn more
Acknowledge